Booker Is Officially on The NBA2K23 Cover

It is brilliant that NBA2K has made it public that this yearâs Standard Edition and cross-gen Digital Deluxe Edition of the video game has Booker on the cover, and Michael Jordan appears on the NBA 2K23 Michael Jordan Edition and the brand-new NBA 2K23 Championship Edition covers.

In a news release, Booker said that it was a dream come true to see himself on the cover of NBA 2K, itâs surreal to eventually join the exclusive club of basketball greats whoâve been a cover athlete.  He has admitted that he has been a huge NBA 2K fan since he was a kid. 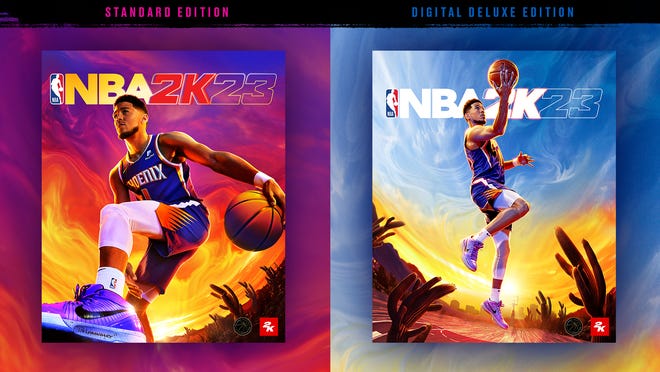 In a news release, Booker stated that he was honored to appear on this year's covers alongside the legendary Michael Jordan, who revolutionized the game for all players who followed him, as well as two of the all-time WNBA GOATs, Diana Taurasi and Sue Bird, who still have a profound influence on the league.

NBA 2K has partnered with Every Kid Sports to assist more women playing basketball by donating $100,000 to pay the registration costs for over 550 females playing youth sports throughout the nation.

After the top-seeded Suns' disastrous Game 7 defeat to the Dallas Mavericks on May 15, everything for Booker has gone well in both his professional and personal life. He committed to a four-year, $224 million supermax agreement with the Suns on Wednesday and signed another Nike endorsement deal.

The All-NBA First Team selection earned the three-time All-Star the supermax, and this past season, he finished fourth in the league MVP vote.

Regarding his supermax contract, Booker tweeted, Signed, sealed, delivered,   additionally, the Suns posted a video of him signing the agreement on social media.

After his rookie max deal for $158 million expires in 2024, the 25-year-new old's agreement will begin to contribute to his Forbes-listed worth.

According to Boardroom, Booker extended his Nike deal and signed it. By 2029, he will continue to serve as one of the brand's ambassadors, making it 15 years after Booker signed a contract with Nike just before being selected as a one-and-done player out of Kentucky in 2015. In addition to traditional basketball activations, he will play a significant role in Nike's innovative lifestyle initiatives.

According to his positive tweet, his favorite things include the NBA 2K23 cover and these two expensive contracts.

We can have a total understanding of how the cover comes, and all the best wishes to all of them, hoping they will live to the fullest.